It is fair to say that most people turn to play poker as a way of income or just a way to connect with family and friends. And thanks to online poker, you can play it as a hobby. However, winning the jackpot prize is next to impossible since as they say, poker is a game of skills that anyone can understand, but not everyone can master. You might enjoy playing it as a beginner, but you will have to understand a few basics if you plan to bag the biggest prize. Professional poker players are the masters of the game, as they understand every single detail about it. They know when to place a bet and when not to. But even they can appear as winners in one session while they lose in the next game.

Besides, a few professional players like Patrik Antonius managed to scoop over $17 million in multiple platforms. And it was not just mere luck, but it took him many years to hone his skills. So, whether you are playing in a casino, at a live tournament, or online at home, professional poker requires skills and patience. You can be part of the experts online in Vulkan Vegas slot games but are you trained enough to play card games?

To many people, winning at poker remains a dream, but there are grand events held yearly where prizes are bigger and better. Imagine getting up to 10 million dollars in one single game or even more than that. Such a figure in poker is not difficult to attain. The World Series of Poker (WSOP) is a tournament, which has been turning lives around for so many players. Besides, there are other competitions which are held annually. Here are some of the biggest jackpots won in professional tournaments held globally.

This is the most exceptional event in the history of poker. It boasted a huge prize pool of $82,512,162. It was no-limit hold’em championship with total entries of 8,773. Due to the massive turnout, the event had to be played in four starting days where they were divided into four groups. Each day, they were narrowed down to two then one until it was a table of nine.

This is the recent WSOP event, which had the prize pool of $80,548,600. This event took place from May 28th to July 2016 in Las Vegas Nevada at the Rio All-Suite Hotel and Casino. It comprised 90 bracelet events as wells as a $50,000 No-limit Hold’em event to celebrate the 50th WSOP event.

This event had a prize pool of $42.67 million and had 48 entries. Antonio Esfandiari was the first winner, and he took home nearly $18.35 million.

Dan Colman is the second-largest winner in the history of poker whereby he won $15.3 million out of the total prize pool of $37.3 million in this event. He beat 42 other players. Daniel Negreanu emerged in second place and won nearly $8.29 million.

This brought together some of the world’s best professional poker players. All of them put a buy-in of $1,050,000 and aiming to take the richest title in the history of card tournaments. It had 54 attendees and came up with a prize pool of $54 million of which $2.7 million went to charity. Aaron Zang was the winner of this event, and he claimed $23,100,000.

There you have it! These are some of the biggest jackpots ever won in the history of poker. Some big poker kings like Justin Bonomo have not been mentioned but have earned millions of dollars from poker events. It is worth mentioning that these professional players do not depend entirely on luck but on the skills they have sharpened for years. If you want to be one of the professional players, then first master the skills and try your luck. 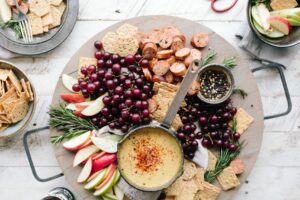