Imagine waking up and having joints that won’t move or bend.

How painful would that be? How jarring? If it happens multiple days in a row, it could be something a lot more serious than sleeping on a joint wrong.

It could be rheumatoid arthritis (RA), an autoimmune disorder that attacks the joint fluid. It’s a lot more common than you think, and there’s no real cause or cure that researchers can find.

We do know some about it — that morning stiffness is one of the most common symptoms of RA. We’re sharing what we DO know below.

What Is Rheumatoid Arthritis?

There’s a difference between regular arthritis from old age and the rheumatoid kind. Anyone can get rheumatoid arthritis at any age.

In essence, it’s an autoimmune disease. which means that it wreaks havoc on your immune system. To understand what it does, you need to understand how your joints work.

Joints don’t touch each other — at least they’re not supposed to. The two parts of your body that meet at a joint are separated by tissue and joint fluid. That fluid and the tissue around it act as a cushion between the two parts of the body.

But if you have rheumatoid arthritis, your body doesn’t make enough of that fluid. And when it does, it sees it as a threat and attacks the joint where the fluid is. That causes inflammation and stiffness, which translates to chronic pain.

Cartilage is the tissue that covers the end of the bones and acts as an extra barrier to keep them from knocking together. The inflammation from the immune attacks can eat away at the tissue over time.

That’s why you hear people talk about their arthritis getting worse as they get older — it’s the same concept as with rheumatoid arthritis.

Who Gets Rheumatoid Arthritis?

Anyone can get rheumatoid arthritis. It’s more common in women, for an unknown reason, than it is in men. But still — over 1.5 million people in the U.S. are living with this disease.

It’s not very common in young people, but you don’t have to be old to experience its symptoms. This disorder tends to affect people between ages 30 and 60.

There is some evidence that living a healthy lifestyle can at least put off the development of RA and even prevent it.

If you have a family member with the disease, it’s more likely you’ll get it too — but it’s not exclusively hereditary. You can suffer from this disorder even if no one in your family has even heard of RA.

Like we’ve already discussed, there are some genetic components to rheumatoid arthritis. If you’re worried about developing it, you can have a genetic marker test done.

There are four main genes linked to rheumatoid arthritis. The main gene is HLA. If you have the HLA marker, you’re five times more likely to develop RA.

The other genes that can denote RA development are PTPN22, STAT4, and TRAF1/C5.

STAT4 and the last two genes are responsible for immune systems and chronic inflammation respectively.

Some researchers think that you can develop RA from exposure from bacteria or viruses. A study by Johns Hopkins found that the same bacteria that can cause gum infections can develop RA.

That bacteria is called Aggregaitbacter Actinomycetemcomitans, a name that just rolls off the tongue. The evidence behind the bacteria and the link isn’t conclusive — half the people in the study didn’t have the bacteria.

There are also viruses that can cause RA, or so researchers think. There’s a small link between the mono or kissing virus and developing RA.

As well as the virus, bacteria, and potential genetic links, you can react to physical injuries by developing RA.

However, it’s not the actual injuries that lead to RA, but the resulting inflammation.

Finally, there’s a link to cigarette smoking and RA onset, but again, the research isn’t conclusive. In a study, women who smoked every day had double the risk of developing the disease.

Then, if the same women quit smoking, the risk decreased by one third.

The poisons and chemicals in cigarettes can cause inflammation that develops into RA-like symptoms.

One of the main issues people have with rheumatoid arthritis is their joints feeling stiff in the morning. Sometimes the stiffness is so bad that the joint won’t move or bend until they’ve been awake with some time.

The stiffness is one of the main signs of arthritis, especially if it’s repeated. There aren’t many reasons your joints would be stiff upon waking unless you’re doing some new type of activity. Repeated stiffness upon waking for more than two or three days in a row warrants a trip to the doctor.

Look for a doctor specialized rheumatology as they have experience with joint disorders.

Don’t Ignore Morning Stiffness — It Could Be RA

If you find that you wake up with joints that hurt, don’t move, or don’t have the full range of motion, call a doctor. Morning stiffness in your joints isn’t something that should be ignored, especially if it happens a few days in a row.

RA is a degenerative disease, so catching it early and seeking treatment will keep it manageable for longer.

Don’t think you have RA but want to treat your body to some detoxification? Click here to find out more! 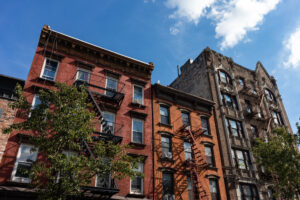 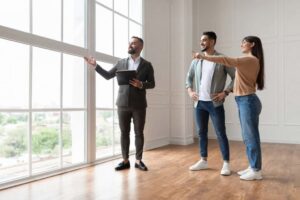