Admit it: you wanted to be a spy when you were a kid.

Didn’t we all? You got to go on secret missions, have a secret identity (kind of like a superhero, right?), know things no one else did, and walk around with dark sunglasses and an air of superiority.

You might think that you missed your shot at government intelligence jobs, but don’t write yourself off the spy train quite yet. While you might not be the star of the next Get Smart, you still can use your knowledge and skills to work for an intelligence agency.

Keep reading for 7 interesting and very different government intelligence jobs that you could get at the FBI, the CIA, and more.

Analysts are the lifeblood of these agencies. They’re responsible for sifting through all of the data, evidence, and, well, intelligence brought in by investigators, tips, hacks, etc.

Not all intelligence is useful or even true. Analysts are responsible for analyzing everything and determining what’s important, what’s unimportant, what’s true, and what’s not true in all of the hundreds of thousands of pieces of data they receive.

Sounds like a big ask, doesn’t it? But the bonus is that these analysts truly know more than most average people would ever dream of knowing in their lifetime. As it says on many CIA ChallengeCoins4Less collectibles, “We accomplish what others cannot accomplish and go where others cannot go.”

Analysts have to be familiar with the area of analysis they’re working in, which can range from military intelligence to cybersecurity to images/video to geographical information. You must be able to problem solve, analyze vulnerabilities and patterns, implement US strategies, and work in the best interest of your organization.

The Belfer Center at Harvard’s School of International Affairs refers to cybersecurity as, “an economic and national security crisis.” Between numerous hacks from abroad, internal CIA leaks, and cyber attacks aimed at the United States, it’s no wonder it’s classified as a crisis.

Maintainingcybersecurityy, identifying threats, and performing counterterrorism campaigns are just a few of the jobs that a Cyber Security Officer has when working for an intelligence agency. You may also be responsible for running cyber missions to gain intelligence.

Continuing on the cyber and analysis trend, we come to IT and/or software engineers. Technology and the government’s use of it are critical for gaining, organizing, and analyzing intelligence.

The three careers we’ve gone over so far are computer and tech-heavy. Are your strengths focused on interaction with people, analyzing their actions, and providing a resource for them to learn and grow?

If so, you could consider a position as a clinical psychologist in a government intelligence agency. As with the analyst positions, you’ll have a few different jobs in this position.

You could be responsible for clearing the “spies” for missions. Are they mentally stable and ready to take on their assignment? You would approve or deny them for service.

You could also be a support system for employees. Did employees just learn distressing information they need help emotionally processing? Did an investigator come back from a mission injured or emotionally traumatized? You could provide them with therapy sessions to keep their mind healthy and ready for work (and life after work, too!).

Much of US intelligence is focused on gaining knowledge and insight from places abroad, from our allies and others alike. If you have experience with multiple languages or studied linguistics, then you’ll have a place in these agencies.

That’s where you, the government intelligence attorney, come in. Attorneys are also required to:

If you have a law degree, or even just a license to become a legal assistant/paralegal, you can find a career at these types of intelligence agencies.

Not everyone gets to know everything that the government knows. But that doesn’t mean that these agencies don’t communicate with the public or give out some information. Think about press conferences, announcements from the NSA on the news, statements from high ranking people from these agencies, etc.

Who do you think takes care of those announcements and publications? A public affairs specialist, that’s who.

You’ll need experience in some or all of the following fields:

In this position, you’ll communicate important information to the public via news reports, announcements, official statements, and interviews. This could be in the form of video, images, written statements, and more.

While most of these government intelligence jobs aren’t as exciting as racing through gorgeous nations abroad with your trusty gadgets by your side, they’re the next best thing.

You’ll have the highest security clearance in the nation, know things other people can only wonder about, and get to say, “sorry, that’s classified,” when people try and small talk about work at parties.

Thinking about going for the tech jobs we mentioned? Then you have to start protecting your tech before you can think of protecting the country’s. Read this article to learn more. 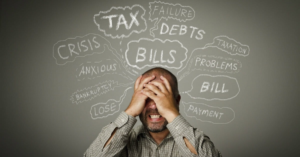 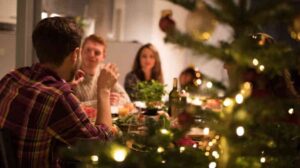