The opioid epidemic is a serious problem in the United States. The number of people prescribed opioids for pain has quadrupled since 1999, but there has been no corresponding rise in the amount of pain Americans report. This suggests that many people must be misusing their prescriptions or obtaining them illegally to sell to others. Opioids are very effective for treating acute pain but are not as effective for chronic pain. In addition, they are not more effective because patients develop tolerance to the drugs over time, requiring higher doses for the same effect. This means that if opioids were used long-term, patients might become addicted even when taking them as prescribed.

So why are opioids being prescribed at such high rates? One reason is direct-to-consumer (DTC) advertising by pharmaceutical companies. DTC advertising is legal in the United States and many other countries, and it has been found to increase both the number of prescriptions written for a given drug and the overall volume of sales of that drug.

Manatt, Phelps & Phillips LLP’s prominent white-collar criminal defense attorney Ken Julian is an expert on the topic. We reached out to him to get his take on what can be done to prevent opioid addiction and overdose deaths.

Ken, how would you describe the current crisis?

“The ‘opioid crisis’ is too mild a phrase for this horrible situation in which tens of thousands of Americans are being killed every year by heroin and fentanyl overdoses. The primary issue is that there are too many opioids prescribed for too many conditions. The people who are addicted to opioids got there by either getting a prescription or buying on the street. There is no doubt that pharmaceutical companies have made huge amounts of money selling opioids, and regulators have not done enough to stop them.”

Are patients aware of possible side effects when they request opioid painkillers?

“People who request opioids are almost always told that the risk is very slight. Physicians also want to help their patients get rid of pain, and helping them get better quickly makes physicians look good in other people’s eyes. DTC advertising by pharmaceutical companies has also played a role by telling everyone that having constant or near-constant pain is normal and that opioids are the solution. The American Geriatrics Society released a study in 2015 which warned of the dangers of opioids for elderly patients, but it is unlikely that most people saw this report.”

What should doctors do to treat chronic pain while reducing the risk for addiction?

“The answer requires more research on how best to deliver pain treatment. These treatments should be as non-addictive as possible, and they should work for many conditions. One aspect that has been the subject of much research is opioid rotation – switching from one opioid to another or from opioids to non-opioid medications.”

“There are no easy answers here. Many people depend on opioids for relief and will suffer if they are taken away. We need to find a way to reduce the demand for opioids while not reducing the supply of relief. The pharmaceutical companies have done too much to create this situation. They should be forced to help pay for an aggressive, multi-pronged campaign that educates people about opioid addiction and discusses treatment options.”

Does the United States have a unique problem, or is this a worldwide phenomenon?

“The problem appears to be worldwide. The drug-producing countries of Latin America and Southeast Asia serve the U.S., Canada, Australia, and many other countries in Europe and elsewhere with opioids and fentanyl precursors. Deaths from heroin overdoses in some European countries are rising.”

Is addiction a disease?

“No, addiction is not strictly speaking a disease. It involves physical changes in the brain that cause compulsive drug-seeking behavior, but this does not mean that addicts are helpless against their condition.”

What can be done to reduce opioid abuse?

“People who get prescriptions for opioids need to be very careful about how they use them. Opioids are powerful medications that can lead to addiction if not used carefully, and the benefits of taking opioids must be balanced against potential risks. In addition, the overall success rates for opioid treatment are quite low, so it is important to find ways to reduce demand.” 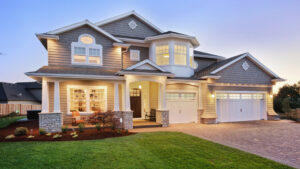 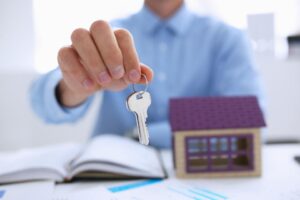 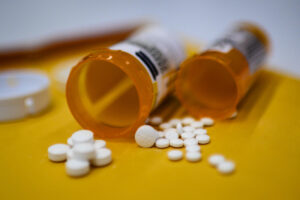